My diploma project Silent Dialogues is a photographic installation consisting of three light-boxes. One normally captures a moment or an event when it happens, instead, I record something what did not take place. Moments, when one did not communicate, either did not find courage or was tired to say/repeat ones wishes/fears. Besides audible dialogues also silent ones exist, only they are too weak for communication. Interpretation is used as a tool to see and hear these dialogues. For example one makes an attempt to understand facial expressions, behaviour and body language. Majority of silent dialogues are in actual fact speakers monologues, as the communication is non-verbal. Words and sentences are in a nervous movement in speakers mind until they pile up and began to block ones simpler needs. However they can also be extinguished all together and buried aside of hidden fantasies.

Taken photographs, a re-newed presentation of memories, are not more real or objective then the memory itself, which is a feeling working as an independent fact. They are individual histories, which have been taken out from great(er) narrative.

I added handwritten text of a witness statements, sentences, which ones were hidden and un-told, to the photographs. For the front-view image I asked the photographed persons to describe cognitively their chosen memory through emotional filter. To the other image they wrote un-told sentence(s) left into silence.

Word as describer is also not perfect nor fixed/stable. It is possible to give to it as many interpretations as there are providers. Silence also can be expound. In an emptiness it is possible to create endless amount of fantastic imagery.

Conceptually Silent Dialogues has many levels: the ambivalence of a photograph as captured record (the photographed situation is based on photographed persons memory about reality, which once happened); text as a means to store/record history (subjectivity); insufficiency of human interaction (using fantasy to compensate missing information, paranoia and fears) and the creation of new dialogues (between the women represented on the images and the audience).

The idea of compressed time and space provides a key how to look at presented photographs. Revealed sentences don’t tell to the viewer, when they first emerged and when represented situation took place. It could have taken place last morning or sometime long time ago in ones childhood. Memories do not obey the rules of horizontally passing time, instead they drift by various trajectories sometimes closer, sometimes further, mixing with dreams and borrowed images, like from films and literature.

I agree with Duane Michals, who wrote in his book Real Dreams (1976): “ I am a reflection, photographing other reflections within a reflection. To photograph reality is to photograph nothing.” Giving photograph a meaning of a believable document, he offers freedom to take pictures and write about everything fictionally. Persons in my photographs are captured in an environment, which in it’s way is the only material and may-be also objective reality supporting their memories. A person on a photo is not engaged in a monologue with herself anymore, the situation has been turned around. The viewer here is in a fictive frame of a photograph and at the same time a witness of something deeply personal.

In a gallery each pair of light-boxes is situated on viewers eye level while they are required to sit in armchairs. This combination of sitting in armchairs and looking at the light-boxes at close will create more intimate relationship between observed and observer, helping to create a new dialogue. 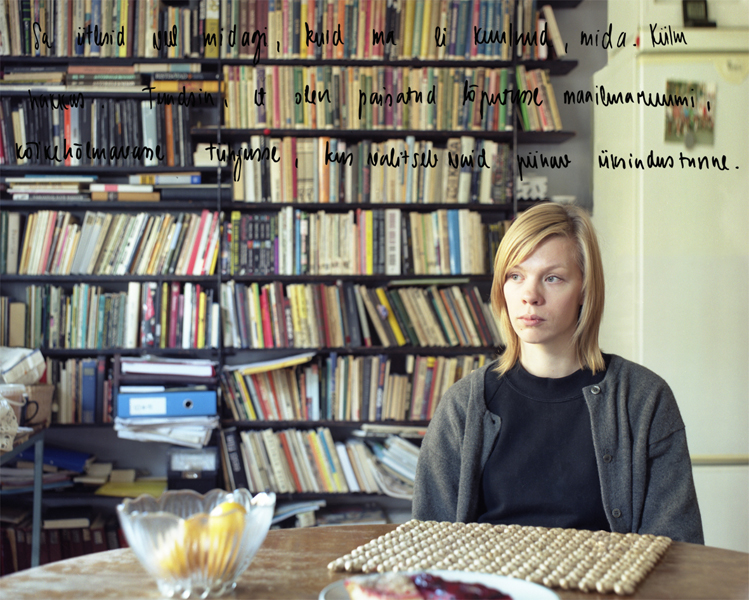 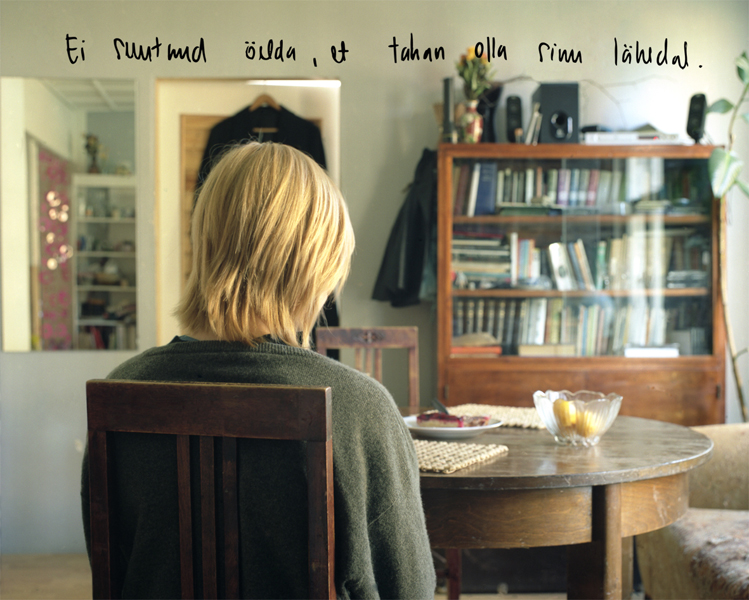 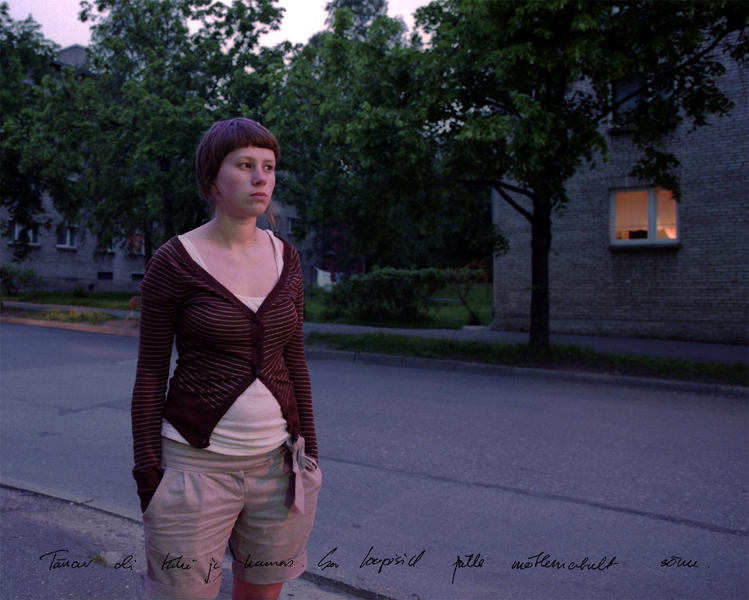 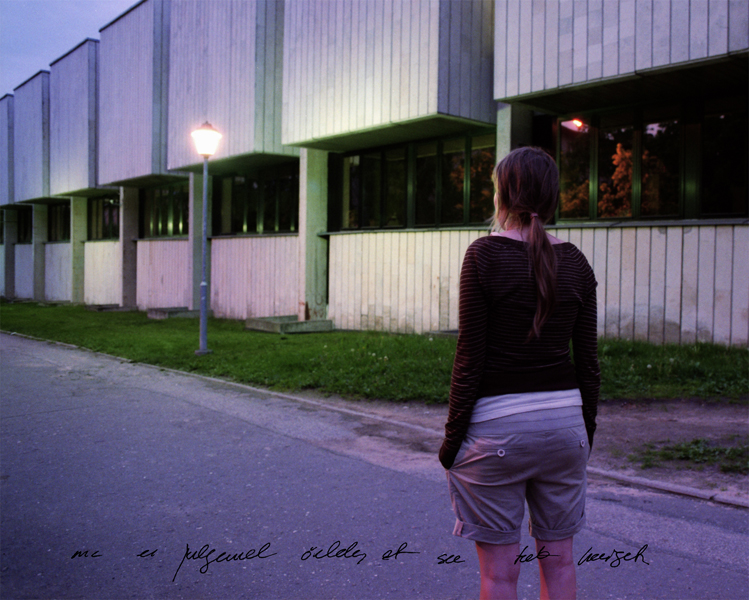 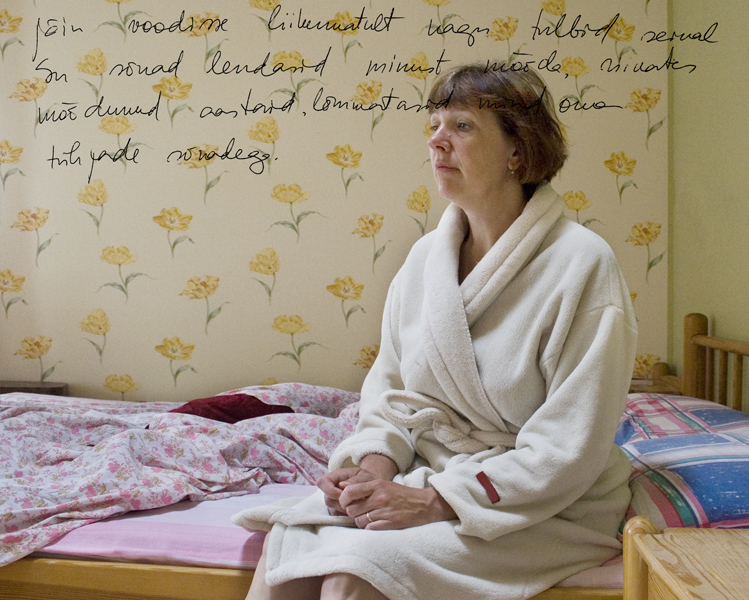 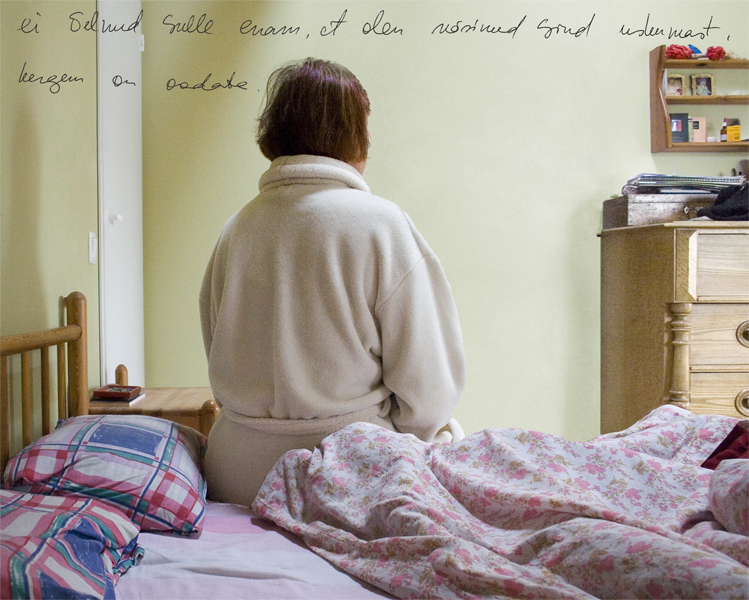 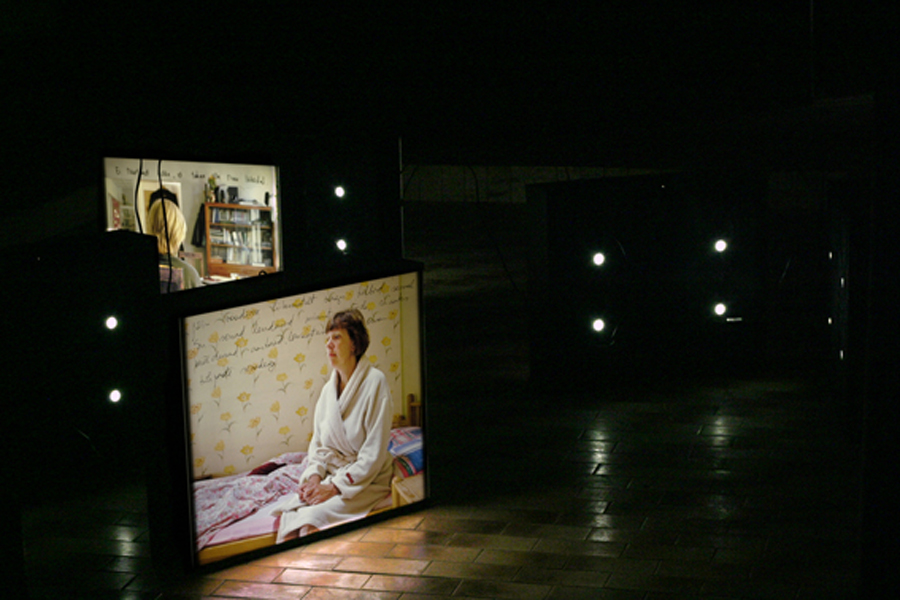